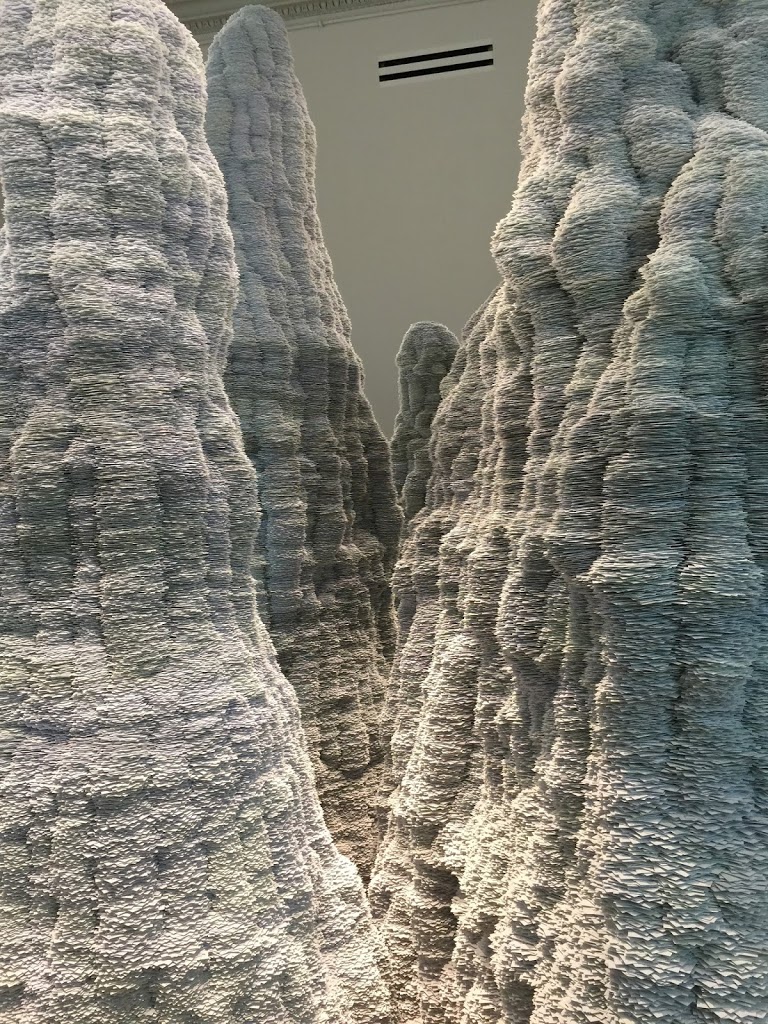 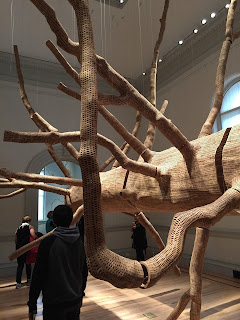 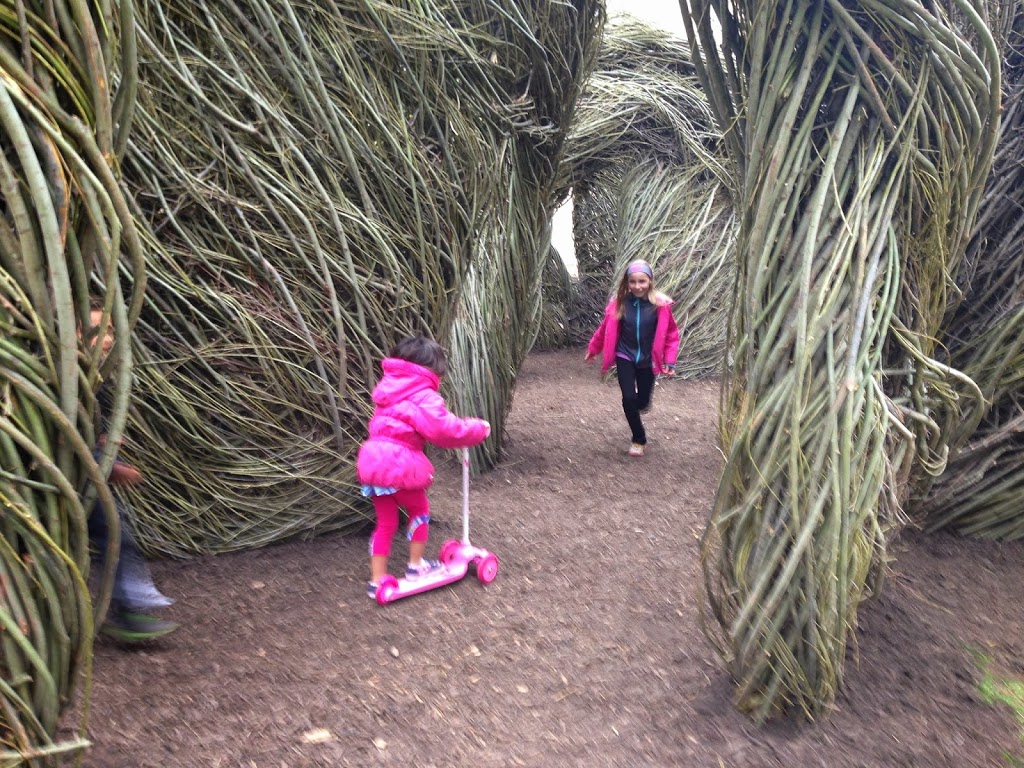 Children ran through the maze and explored the many twists and turns of Patrick Dougherty’s site-specific sculpture in Reston Town Square on opening day, April 25. Their excitement is much like the frenzy of artistic creation. Dougherty and numerous volunteers had spent three weeks building the monumental construction, thanks to the sponsorship of Greater Reston Arts Center (GRACE) and the Initiative for Public Art-Reston (IPAR).

Making art is about being playful like a child, being open to the unexpected coincidence and experiencing the freedom that comes the joy of creation.  Spectators continues the process. “The creative act is not performed by the artist alone; the spectator brings the work in contact to the external world….and thus adds his contribution to the creative act,” in the words of Marcel Duchamp. Sue-Chen Cuff’s Gin Dance company will bring bring another free-flowing inspiration to Town Square this Saturday, May 16, at 1.p.m and 11 a.m. the next day, as part of the GRACE Arts Festival.  Groundworks will dance The Arc of Us at 4 p.m. on Saturday and 12:30 p.m the next day.  Ravel Dance Company and Classical Ballet Theatre will perform other works of choreography composed especially for the event and to interact with the sculpture.

The Reston sculpture is recognizable as fitting into the natural  stick work for which Dougherty is known.  At the outset, the artist had a plan with several drawings. The project changed as it took shape and brought about unexpected ideas.  Essentially it is a weaving of huge branches which huge sticks entangle themselves and form unexpected shapes. The process began over a year ago when he gave a talk to the over a year ago and explained the project.  GRACE and IPAR spent a long time planning it and assembling additional volunteers. Dougherty and his assistants “harvested” the sticks and fallen branches from a site in Loudoun County, Virginia.  Other supplies and materials were left over from his last project at the Morris Arboretum in Philadelphia.

“A Bird in the Hand” is the name suggested in the end. It is perishable, and can be expected to last about two years.  Those who work or live in one of the high rises will have will have a bird’s eye view from out their windows and will be able to see above the 15 foot high sculpture.  Town Square is a place where people who work in offices congregate at lunch time.  It also is a very residential area, with high-rise and low rise apartment buildings. Jackson Pollock said that Modern Art is “nothing more than the contemporary aims of the age we’re living in.”  In that vein, Dougherty is environmentally aware, as he reuses nature’s discarded materials.  Some of his saplings were taken at the site of a new development, Willowford.  When he and his helpers scrounge around for the sources that will become part of the creation, he is relating to our hunting and gathering past.  (See his work on the eco-jardin-culture art blog.  There’s another blog I’ve written on environmental art.)

For over 30 years Patrick Dougherty, who lives in North Carolina has been doing environmental art with sticks as his primary media. An internationally known artist, he has built over 200 site-specific installations throughout the world. Many of these are on view in a photo exhibition at the adjacent GRACE Art Center until July 3.  Simultaneously there is another very interesting exhibition of weed shrines: Patterson Clark: Edicole, which should be the topic of another blog.