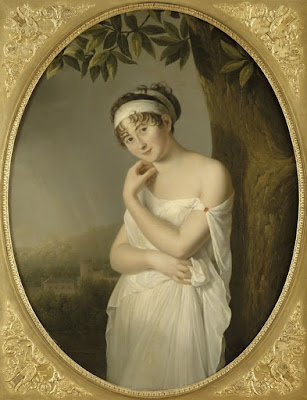 O’Keeffe exhibition at the Phillips is a gem 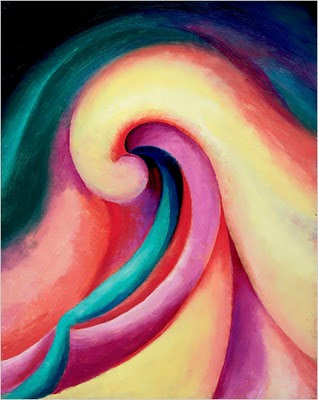 Once again the Phillips Collection in Washington, DC, has put on a splendid exhibition of an early modern master, Georgia O’Keeffe: Abstraction. Although I’ve seen O’Keeffe exhibitions in the past, there is always something new to be seen in her work. Several compelling images that I had not seen before, especially from the Whitney Museum, a co-organizer of the exhibition, and the Milwaukee Art Museum, are in this show.

O’Keeffe’s abstract imagery is inspired by diverse subjects, more often natural than manmade–flowers, bones, mountains, aerial views, and the diverse places she lived, Wisconsin, Lake George, NY and New Mexico. Less well known is the fact that she lived in Charlottesville, Va., and some of her colors could easily be reflections of sunsets over the Blue Ridge Mountains. Even though a group of abstractions is inspired by music, one of the curators pointed out that Music, Pink and Blue, No. 2, resembles Natural Bridge, Va. The meaning of each single work is unique to the viewer; everyone who goes to visit the show is inclined to see something different and take their own inspiration from it.

The exhibition is enhanced by O’Keeffe’s charcoal drawings and the weather photographs of Alfred Stieglitz. One thing I recognized anew is the quality of O’Keeffe’s brushstrokes and how they reflect the particular form of each abstraction takes. Although photographs may provide a glimpse at her subtle blending of colors, it is only through seeing the exhibition that one can truly enjoy the wonder of O’Keeffe’s vision. It will be at the Phillips until May 9th, and then moves to the Georgia O’Keeffe Museum in Santa Fe. 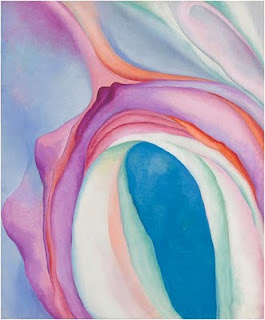 Music, Pink and Blue, No. 2, from the Whitney Museum of American Art, New York