Lions Come to Life in Replica of Cave from 32,000 Years Ago 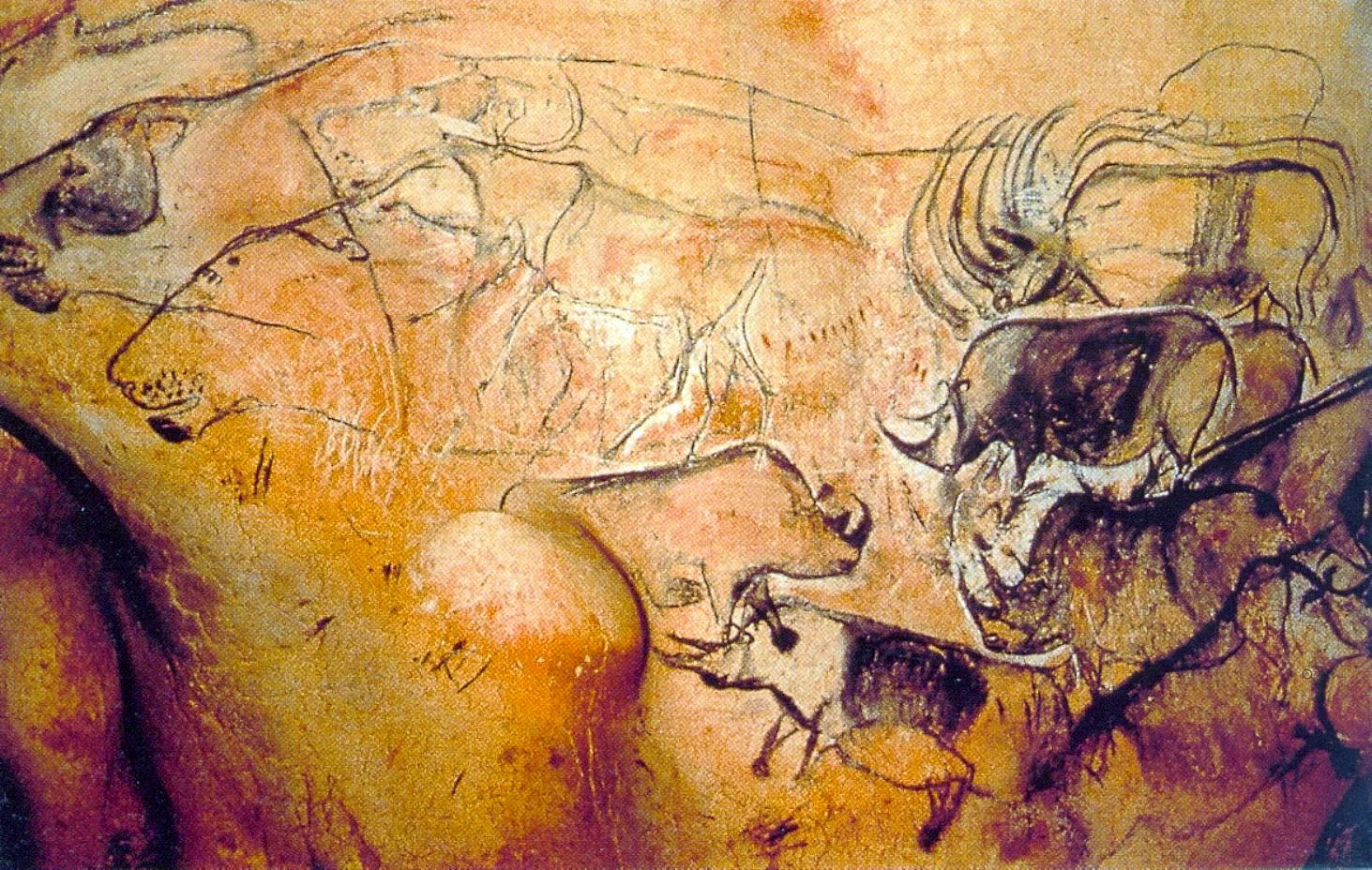 This month a replica of Chauvet Cave — which holds the oldest known paintings of Paleolithic art –will open to the public in Vallon-Pont-d’Arc, Ardèche region of southeastern France. 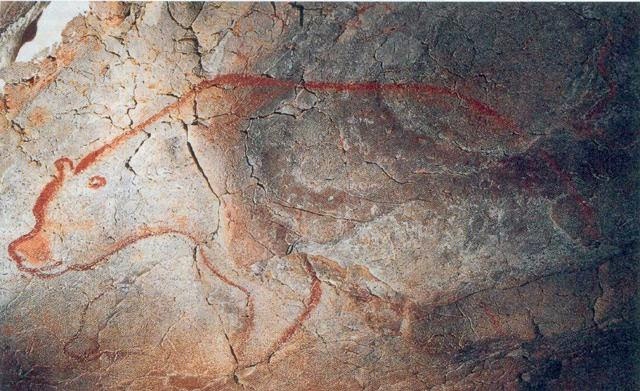 As the April issue Smithsonian Magazine details, the early dating of 32,000 – 30,000 years ago has been analyzed and verified by various means. Stone age humans used this particular cave, and so did hibernating bears! Carbon dating confirms the early date of the charcoal pigments, but the bear bones found inside the cave have also been shown to be from around the same time.  A rock slide that occurred 29,000 years ago covered up the entrance — keeping out the people and bears until just 20 years ago.   Chauvet Cave was discovered in December 1994. 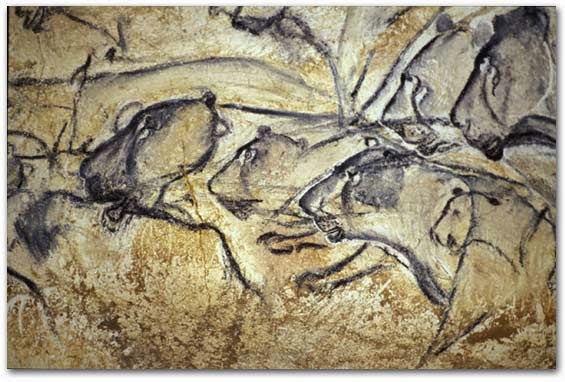 Although the style of art and cultural heritage has continuity with the numerous cave paintings of southwestern France and northeastern Spain, such as Lascaux, there are also species not seen elsewhere, including lions and bears.  The cave artists had an amazing ability of the artists to evoke the spirit of the animals and suggest their power. Their forms follow the convex surfaces of the cave walls, often making their forms come out into space if they were carvings in relief.  Other animals are bison, aurochs, hyenas and horses. 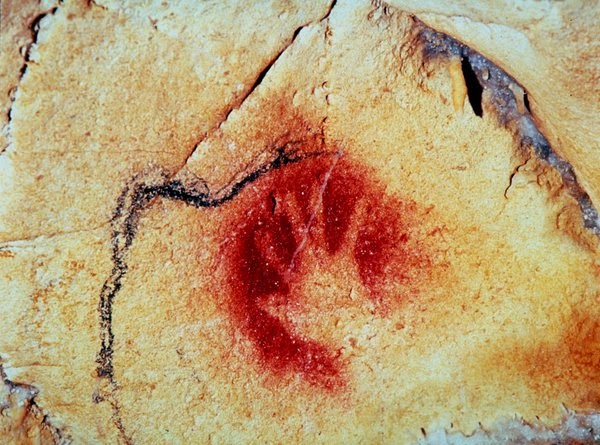 The superimposed horses have remarkably realistic features.  As all other cave paintings, they’re superimposed without respect to creating a composition.  Instead, there seems to be an attempt to evoke the spirit of the animals and bring their power, vitality and energy in some type of shamanistic ritual.  Of course, determining exact meaning and reasons for these works will always be a mystery.   There is, though, a fascinating image that links the paintings to Paleolithic statuettes.

The Chauvet artists used pigments of charcoal and red ocher. The two things that come to mind as being different from later Paleolithic paintings are fewer colors and the profile views of horns.  (The bulls of Lascaux have horns are painted in twisted perspective, a frontal view on profile body.) 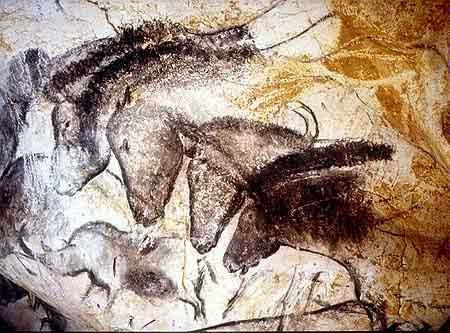 Only a few years before the discovery of Chauvet, scuba divers near Marseilles discovered a cave under the Mediterranean, by following a channel leading to an underground lake.  Named Cosquer Cave for an diver who found it, no public access possible.  Unwittingly, three divers died while searching for this monument.  Cosquer Cave probably dates to about 5,000 – 7,000 years later than Chauvet, but 5,000 plus years earlier than the earliest paintings at Lascaux.   Horses, reindeer and other images at Cosquer are similar to later paintings, but what are we to think of the penguin, or auk (see below)?

Few people have been allowed to enter the Chauvet Cave since Eliette Brunel, Jean-Marie Chauvet and Christian Hillaire discovered it back in December, 1994.  The desire was prevent the carbon monoxide damage caused by visitors between 1940 and 1963, when it closed to the public.  A replica of Lascaux welcomes visitors, who can admire the magnificent rotunda with its Hall of Bulls.  However, the replica and visitors center at Vallon Pont d’Arc is far bigger than Lascaux.