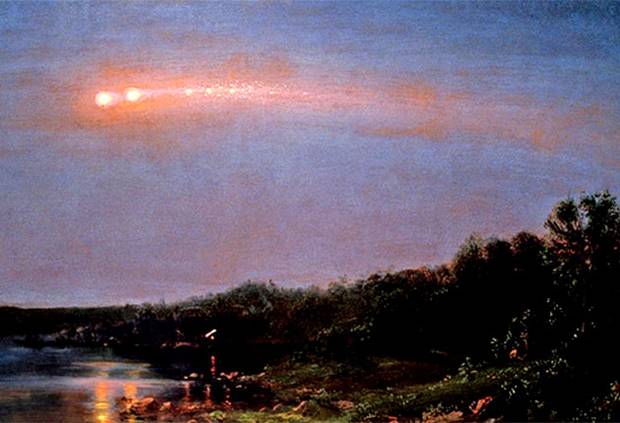 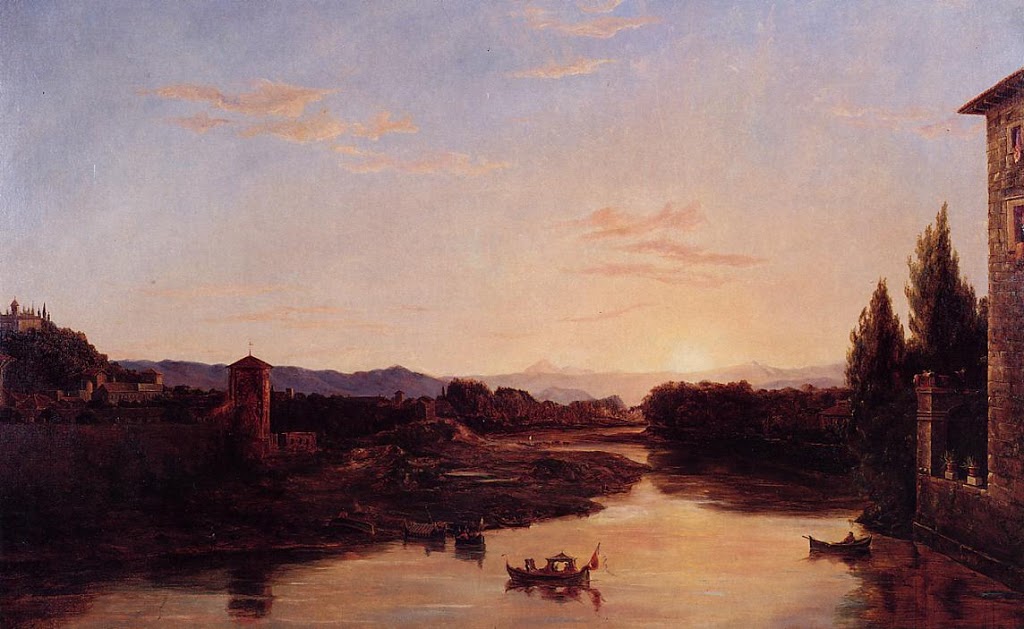 In this two-room exhibition, many pristine paintings are arranged amongst poetry and quotations by Walt Whitman, William Cullen Bryant and others. The four seasons, many sunsets and other wonders of nature are on view. These paintings capture views we occasionally see in the mountains or countryside in those moments of nature’s most beautiful light and color. I was particularly drawn to Jasper Francis Cropsey’s radiant, reflecting color in Lake George, reminding me of the beautiful autumn that has just passed. Much if its appeal is that this painting and several others allow us to remember something and then hold onto it. t from the 1830s to 1880s. Impressionism in France had a much bigger influence on modernism and is usually more popular, but these artists–and there are so many of them– deserve a long look and a lot of our respect.

At home I have a small painting on a plate, done in the Hudson River style by my great-grandmother, as gift to my great-grandfather It is signed on the reverse, “From Helen to James, painted between Xmas and New Year’s 1889.

Washington museums also have several paintings of the Tonalists who came after the Hudson River School and were generally more painterly. These artists used more layers and show greater influence from the techniques of French painters, particularly from the Barbizon School. The Tonalist painters of moonlight scenes, offer a nice comparison with the sunsets of Hudson River painters—less color but perhaps even more evocative of moods. These paintings include several by Ralph Albert Blakelock at the National Gallery, Phillips, Corcoran and Smithsonian American Art Museum, as well as paintings by George Inness.
Here is a blog devoted to the Hudson River School: http://circa1855.blogspot.com/