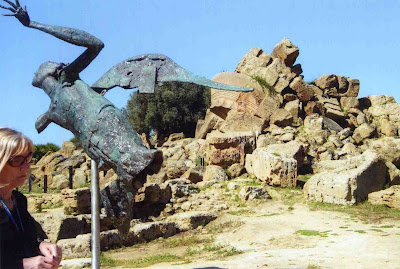 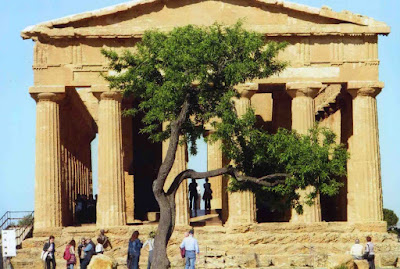 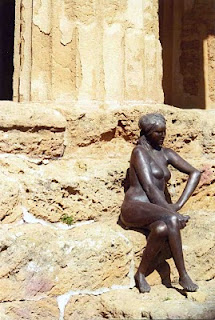 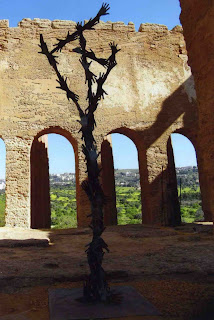 le wasdedicated.
Bronze hands reach upward, perhaps
expressing aspirations appropriate to
either church or temple. The arches date from the middle ages. The medieval builders cut arches into the walls, changing the ancient temple’s “cella”
into a church’s nave. 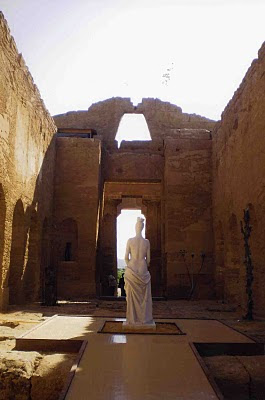