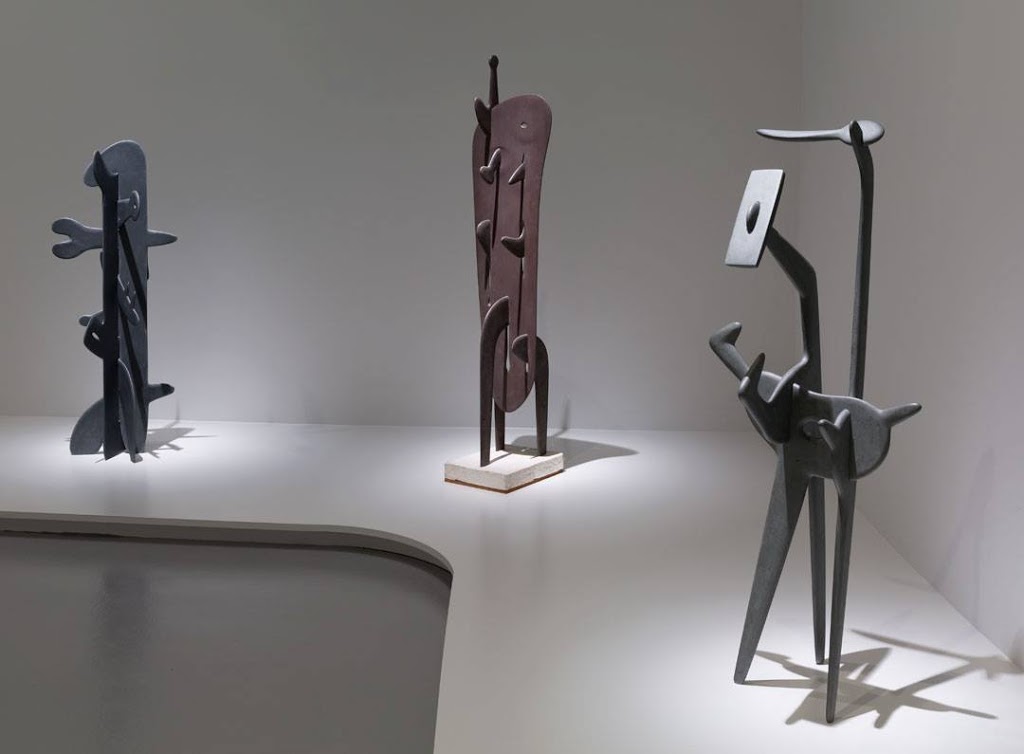 Biomorphic and anthropomorphic themes run through quite a few exhibitions of modern artists in Washington at the moment.  The Hirshhorn’s Marvelous Objects: Surrealist Sculpture from Paris to New York has several of the abstract, biomorphic Surrealists such as Miro and Calder.  The wonderful exhibition will come to a close after this weekend.

Isamu Noguchi’s many sculptures that are part of Marvelous Objects deal with an unexpected part of the artist’s life and work. Noguchi was interned in a prison camp in Arizona for Japanese-Americans during World War II. Whatever the horrors of his experience, he dealt with it as an artist does — making art and using creativity to express the experience by transforming it.

Lunar landscape comes from immediately after this difficult time period. The artist explained, “The memory of Arizona was like that of the moon… a moonscape of the mind…Not given the actual space of freedom, one makes its equivalent — an illusion within the confines of a room or a box — where imagination may roam, to the further limits of possibility and to the moon and beyond.”   It’s like taking tragedy and turning it into magic.

The most interesting piece from this period is Strange Bird (To the Sunflower), 1945.  It is pictured here 2x — on top photo, right side, and from a different angle on the left, from a photo in the Noguchi Museum. Between 1945 and 1948, Noguchi made a series of fantastic hybrid creatures that he called memories of humanity “transfigurative archetypes and magical distillations.”  Yet the simplicity and the Zen quality I expect to see in his work is gone from this time of his life.

From the beginning of time, “humans have wanted a unifying vision by which to see the chaos of our world.  Artists fulfill this role,” said Japanese artist Hiroshi Sugimoto.

I’m reminded of the ancient Greeks who created satyrs and centaurs to deal with their animal nature.  At the Metropolitan Museum of Art, there’s a small Greek sculpture of a man and centaur from about 750 BCE, the Geometric period.  The  man confronting the centaur seems to be taming him or subduing his own animal nature. Like Noguchi’s sculpture, it has hybrid forms and angularity, but it’s made of bronze.  Noguchi’s sculpture is of smooth green slate, which gives it much of its beauty and polish.

Noguchi was a landscape architect as well as a sculptor. When designing gardens, he rarely used sculpture other than his own.  Yet he bought garden seats by ceramicist Karen Karnes.  A pair of these benches by Karnes are now on display at the National Museum for Women in the Arts’ exhibition of design visionaries.  Looking closely, one sees how she used flattened, hand-rolled coils of clay to build her chairs.  The craftsmanship is superb.  It’s easy to see how her aesthetic fit into Noguchi’s refined vision of nature. 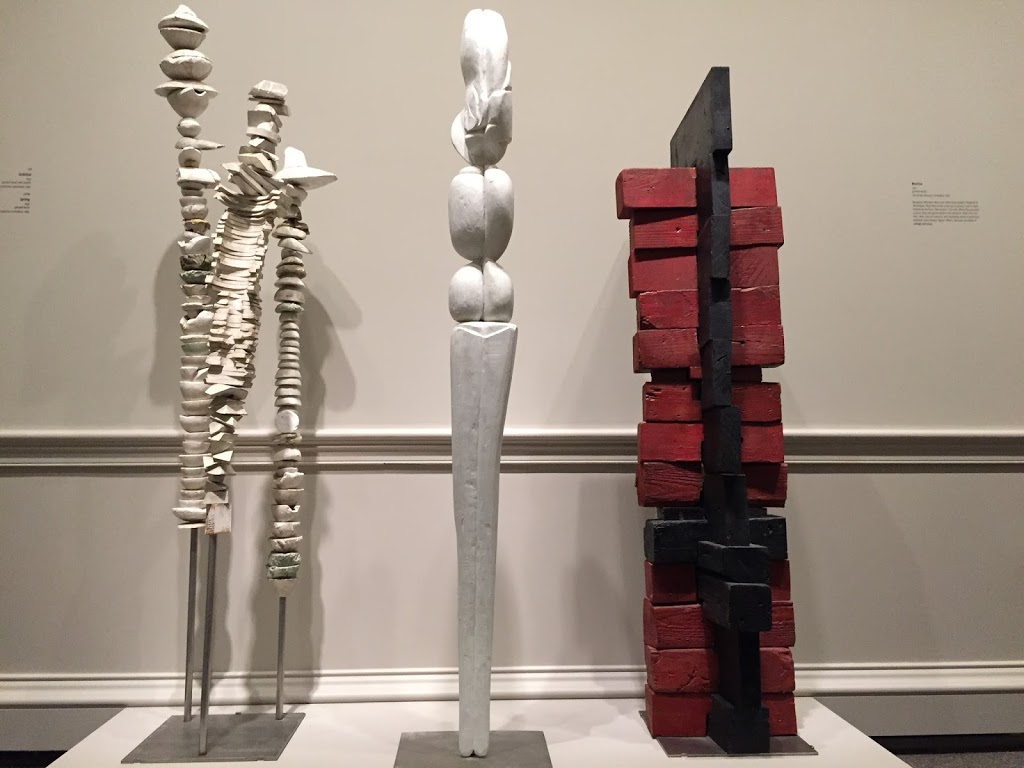