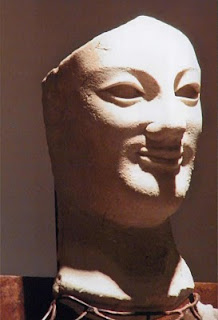 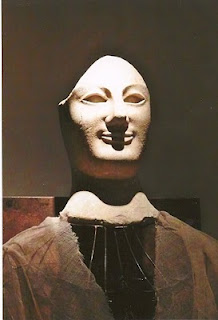 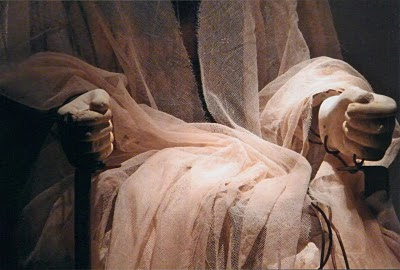 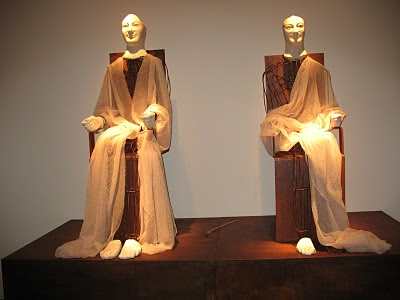 Demeter the mother, left, and her daughter, Persephone (also called Kore), right
The goddesses now sit together in their own room, like a cult chamber, in the Aidone Archeological Museum. The artful display has special lighting and new armatures and clothing designed by a fashion designer from Sicily, Marella Ferrara. The goal is to make the display as authentic as possible, giving the public an impression as they may have appeared in ancient times. (I still wonder if Demeter was holding sheaths of wheat? Kore holding a pomegranate?) Gauze-like coverings are suggestive but not definitive of how the statues may have been in a cult sanctuary. We can once again witness the mysteries of Demeter and Persephone in a space about 2 km from their original home.
Copyright Julie Schauer 2010-2016